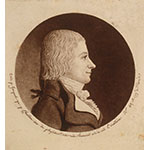 Tuscan economist, chemist, and naturalist. Assistant to Felice Fontana (1730-1805), with whom he worked between 1775 and 1805 to set up the Museo di Fisica e Storia Naturale of Florence, which he headed from 1805 to 1807. His Réflexions sur l'état actuel de l'Agriculture were published in Paris in 1780. He became a member of the Accademia dei Georgofili of Florence in 1783 and, the following year, its correspondence secretary, acting as an intermediary between that institution and the Museo. Appointed director of the Grand Duke's Mint in 1800. Under the Restoration, was in charge of the mines of the Grand Duchy of Tuscany. A man of wide-ranging interests, he worked in the natural sciences, political economy, chemistry, and agronomy. A supporter of the chemical revolution of Antoine-Laurent Lavoisier (1743-1794), he also conducted important electrochemical research, setting the stage for a favorable reception of Alessandro Volta's battery (1745-1827).