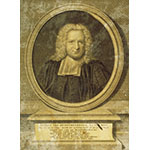 Born into a family of brass-founders and scientific-instrument makers. Studied at the University of Leiden, where he became a doctor of medicine in 1715. Went on to obtain a doctorate in philosophy and took an interest in mathematics. Taught successively in Duisburg, Utrecht, and Leiden. At the latter university, succeeded Willem Jacob 's Gravesande (1688-1742) as professor of experimental philosophy. Wrote several fairly popular treatises on Newtonian physics, which featured the systematic use of experimental apparatuses. His fame attracted many scientists including the abbot Jean-Antoine Nollet (1700-1770). Jan van Musschenbroek (1684-1748), Petrus's brother, built many of the instruments illustrated in 's Gravesande's writings.