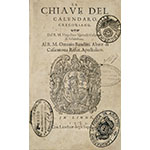 Conventional system of time division; the basic interval is usually the year, whose length is set to minimize divergence from the mean duration of the astronomical year, i.e., the time taken by the Earth to complete one revolution around the Sun. There are several types of calendar. 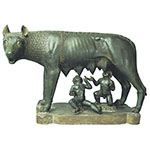 Romulus, first king of Rome and mythical founder of the city, is traditionally credited with introducing the first civil calendar among the Romans. The Romulean year, which began in March, may have had ten months, as suggested by the names of the last six: Quintilis (modern July), Sextilis (modern August), September, October, November, and December. Of these, six had 30 days and four had 31, making a total of 304 days. It is easy to understand the confusion that such a calendar—more than 60 days shorter than the actual solar year—would have generated. As a result, the existence of the Romulean year was questioned by historians even in antiquity. 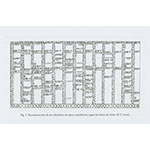 Romulus's successor Numa Pompilius is credited with the reform of the Roman calendar. Borrowed from the Greeks, the Numan calendar was a 12-month lunisolar calendar. However, the Greek version comprised 354 days (= 12 x 29.5 days, i.e., the mean length of lunation), while the Numan year had 355. This may have been due to the Roman belief that odd numbers were lucky [fas: impare Deus numero gaudet, "God rejoices in odd numbers"] and even numbers were unlucky [nefas]. Moreover, the Greek calendar alternated full months of 30 days with hollow months of 29 days. By contrast, the 31-day months in the old Romulean calendar—March, May, Quintilis [July], and October—were kept unchanged in the new calendar. The remaining months were shortened by a day each, so that all the months now comprised an odd number of days. The 57 missing days needed to reach the total 355 (31 x 4 + 29 x 6 = 298 days) were distributed between two new months: January, with 29 days, and February, with 28 days (still its length today). The two months were "intercalated" between December—the tenth and last month of the Romulean calendar—and March. But the solar year lasts about 365.25 days, i.e., 11.25 days longer than the lunation cycle or lunar year. To make the two coincide, an additional month called Mercedonius was intercalated in alternate years after the Terminalia day (February 23). The Mercedonius was alternately 22 or 23 days long. In the years when it was added, February was shortened to 23 or 24 days, and the 5 or 4 days removed were added to the 22 or 23 of the Mercedonius, which was thus always 27 days long. In the Numan calendar, the mean duration of the year was thus, on average, 366.25 days (= (355 + 377 + 355 + 378)/4), i.e., about a day longer than the actual solar year. The College of Pontifices (priests) was in charge of adjusting the calendar. It did so in an empirical and arbitrary manner, often dictated by political motives. From time to time, it neglected to intercalate the Mercedonius altogether. To prevent the enormous confusion resulting from this practice and to curb the power of the Pontifices, attempts were made to define precise rules for the adjustment. Despite these efforts, at the time of the later Julian reform, the civil year was about 90 days ahead of the solar year. 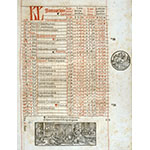 To bring some order into the computation of the year, Julius Caesar introduced a new civil calendar—accordingly named the Julian calendar—in 46 C.E. While Caesar sought the scientific advice of Sosigenes, an astronomer from Alexandria of Egypt, the concept dated from the Greek astronomer Eudoxus (4th C. B.C.E.). It was a solar calendar divided into twelve months—like its predecessor—and 365 days. To make up for the shortfall of about six hours (i.e., a quarter-day) with respect to the solar year, the new calendar intercalated an extra day every four years. Like the Mercedonius month in the Numan calendar, the extra day was added after the Terminalia feast (February 23). Using the Roman style of date designation, this meant the sixth day before the kalends of March [ante kaledas martis]. As a result of this "duplication," the day was called bissextus and the 366-day year was referred to as bissextilis—a designation for "leap year" that survives (in Romance languages) to this day. 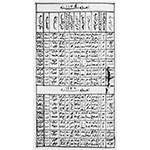 Having banned the calendar used in pre-Islamic Arabia, which he saw as tainted with paganism, Muhammad introduced a strictly lunar calendar. In its final form, probably defined shortly after his death, it comprised a cycle of 30 years of 12 months each. The months, alternately 30 and 29 days long, add up to a 354-day year. However, to harmonize the duration of the month with the lunation period (29 days, 12 hours, 44 minutes, and 2.8 seconds), each 30-year cycle is composed of 19 years of 354 days ("regular" years) and 11 years of 355 days, known as "abundant years"—i.e., in which the last month (Dhu al-Hijjah) has 30 days rather than 29. In every 30-year cycle, the "abundant years" are the 2nd, 5th, 7th, 10th, 13th, 16th, 18th, 21st, 24th, 26th, and 29th, that is, those whose number divided by 30 leaves a remainder equal to one of the numbers above. This yields a nearly perfect concordance between the mean length of the calendar month—(354 days x 19 + 355 days x 11)/30/12 = 29 days, 12 hours, 44 minutes, and 2.8 seconds—and that of the synodic month. However, as in all purely lunar calendars, even the Islamic year is about 11 days shorter than the tropical year, i.e., the time it takes for the Sun to return to the equinox. In other words, the first day of Muharram, the first month of the Muslim calendar, gradually "travels" backward through the seasons—as do all the months of the calendar. After a cycle of about 33 years, the first day of Muharram falls a full year earlier, so that 33 Muslim years correspond to about 32 in the Gregorian calendar. Because of this progressive seasonal shift, the Islamic calendar remains in use for religious purposes only. For agricultural purposes, and to determine the fiscal year for collecting taxes on crops, many Muslim countries have adopted a solar calendar. In the Islamic calendar, each day begins at sunset. For example, "Saturday night" refers not to the night between Saturday and Sunday—as in our calendar—but to the night between Friday and Saturday. Moreover, the Muslim month begins with the sighting of the first sliver of crescent Moon after the new Moon. This can introduce a divergence of one or two days from the actual start of the month, although the notation of the day of the week makes it possible to identify the day referred to. Initially, the year count did not refer to a particular era, but Caliph Omar decided that the years would be numbered from the Hegira, Muhammad's flight from Mecca to Medina. The Muslim era therefore begins on July 16, 622 C.E., or July 15 according to the Muslim custom of computing the start of the day from sunset.

Adopted by the Jews, this calendar is based on the lunar month (period of revolution of the Moon around the Earth). The year therefore consists of twelve lunations. The concordance with the longer solar year is obtained by periodically adding extra weeks and months to the lunar year.

Of medieval origin, this solar calendar is determined by Easter (a "movable" feast that falls on the first Sunday after the first full Moon after March 21). The succession of days is marked in the calendar with the names of the saints and religious feasts.

The perpetual calendar comprises a series of tables for finding the day of the week of any past or future date.

This calendar records the annual passage of the Moon and planets in the twelve constellations of the zodiac.

The astrological calendar shows the dominance of each planet in the course of the year, in order to determine their influences for practical purposes. 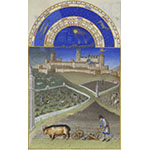 A lunar calendar illustrating the influence of the Moon on the cycles of agricultural work. 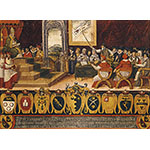 The reform was introduced in 1582. To eliminate the anomalies due to the precession of the equinoxes and to shift the start of astronomical spring to March 21, the days between October 4 and October 15, 1582, were skipped. The reform also laid down that all years divisible by 4, except the first years of centuries (apart from those divisible by 400) would be leap years, i.e., with 366 days. Before the 1582 reform, the calendar in use was called the Julian calendar, having been introduced by Julius Caesar in 46 B.C.E. 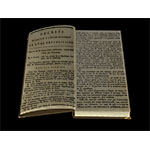 Introduced in France after the Revolution, it was approved by the Convention on October 5, 1793, which decided that the new era would begin on September 22, 1792, date of the proclamation of the Republic and of the autumnal equinox. In the wake of the introduction of the decimal metric system, the republican calendar divided the day into 10 hours of 100 minutes each; each minute was, in turn, divided into 100 seconds. The 12 months were initially identified by their ordinal numbers. Later, at Fabre d'Églantine's suggestion, they were renamed after the agricultural activities or weather conditions characteristic of each month (for example, September became vendémiaire or "grape-harvest month," December nivôse or "snowy month," etc.). As in the ancient Egyptian calendar, the months all consisted of 30 days divided into three ten-year periods (décades); at the end of the year, five "epagomenal" (i.e., supplementary) days were added—six in leap years. With the seven-day week abolished, the décade called for nine workdays and one day of rest; the epagomenal days were holidays as well. The republican calendar, also imposed in the French-ruled areas of Italy, was abolished on January 1, 1806.