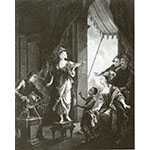 The ancients knew that some bodies, such as amber, attract light bodies when rubbed. But it was only in the late sixteenth century that the Englishman William Gilbert (1544-1603) articulated the concept of electrical state more precisely. He described as "electric effects" the attraction phenomena caused by other substances besides amber, such as glass, resin, and sulfur. The term electricity, coined by Gilbert, derives from the Greek name for amber, elektron. 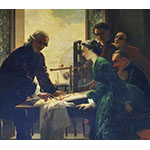 Theory formulated by the physician and physiologist Luigi Galvani (1737-1798), who discovered that a frog's muscle contracted when touched by a metal arc with a copper tip and an iron tip. Galvani assumed that animal organisms were endowed with a specific electricity independent of all external influence. His theory was definitively abandoned after Alessandro Volta's (1745-1827) invention of the battery. 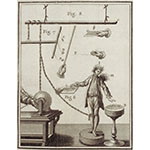 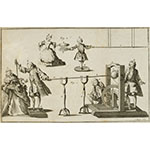 Branch of electrology that studies the links between electrical phenomena and magnetic phenomena.

The influence of magnetism on electricity was first demonstrated by Hans Christian Oersted (1777-1851), who discovered that an electric current could shift the position of a magnetic needle. This is because all currents produce a magnetic field.

André-Marie Ampère (1775-1836) formulated the theory that a magnetized bar owes its magnetism to the presence of microscopic molecular electric currents inside it.

Historical term for the branch of physics that studied electrical and magnetic phenomena.