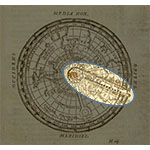 Some graduated mathematical, astronomical or terrestrial surveying instruments are fitted with an index—a small pointer pivoting around a hinge. It was used to mark a specific value on the graduated scales as a reference when making measurements or calculations. A typical example of an index is the rule, which in some planispheric astrolabes enabled the observer to note the computed position of the Sun.

On a pair of scales, the tilt in the beam caused by the difference in weight between the two pans is assessed with the naked eye. This is a simple operation when the imbalance is obvious, but becomes far more complex when the differences are small. The index, also called a needle, serves precisely to measure the inclination of the beam from the shift in one of its points relative to another point of the scale that remains immobile. For this reason, the index on scales is attached to the beam: when the scales are evenly balanced, and the beam is thus horizontal, the index is covered by the suspension hook; conversely, if the balance is broken, the index moves to the right or to the left of the suspension bracket holding the hook. The index is placed at the top (in market scales, jeweler's scales, and money-weighing scales) or at the bottom (typically in precision scales, where it is sealed in a glass window).